As much I hated to return the room key, I checked out of the Hotel Gracery on Monday morning around eight. I considered breakfast at the Bonsalute Kabuki on the ground floor on my way out but decided to head to the Shinjuku Station instead. Although my flight wasn’t until six at night, I wanted to have plenty of time for the train ride, security and customs. I also planned to have a few hours to walk around the airport before the thirteen hour flight.

But I wouldn’t be able to leave Shinjuku for a few hours yet. At Shinjuku Station, I was told that the next Skyliner train to Narita wouldn’t leave for nearly two hours. I purchased a ticket and found my way to a set of stairs that lead up to the platform. As with Ikebukuro, I remained below ground to stay out of the cold air. I just found an empty spot along the wall and sat down. I wasn’t in a hurry. Though I did make a friend through the wait. I met Vic, a traveler from Belgium.

By far one of the nicest people I’d met in awhile, Vic had also been traveling throughout Tokyo. He was on his way to catch a flight to another portion of Japan. We discussed our thoughts on Tokyo, the red-light district and what wards we’d been to. He also expressed concern for his flight, due to the extended wait for the train. Thankfully the train arrived on time, a little before eleven. Vic and I said our goodbyes and parted ways, as his ticket put him in another part of the train. 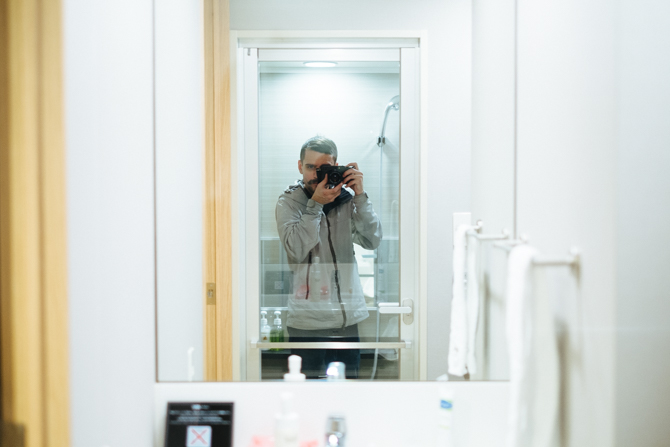 The ride to Narita was peaceful. No one on the train spoke and I had my own comfortable seat. Throughout the ride, I saw a few small towns and a lot of the country side. When we pulled into the station of the Narita Airport, I grabbed my bag, deboarded and made my way upstairs to the ticket counters. It surprised me how few of people there were in this section of the airport. I was able to check-in quickly and was guided to an empty security checkpoint for American Airlines.

Within ten minutes, I was through security and customs with no issues. The only item I had to claim was the tin of treats from the Pokemon Center. But I did have a funny moment in the security checkpoint. As I opened my backpack to grab my laptop for the conveyor belt, one of the security agents spotted a stuffed Pikachu that had poked out. She pointed and yelled, “Pika!”. I just smirked and stuffed it back into my bag as she laughed.

For the next six hours, I sat in a somewhat luxurious lobby. There were individual cubicles for privacy, leather lounge chairs and a set of flat screens. All of it situated around a FaSoLa Cafe that served beer, liquor and some basic food. I ordered a pint of Suntory Premium Malt’s and found an empty cubicle to relax in. Some time in the afternoon, I walked over to a restaurant called Avion and had orange juice, chicken and rice. It was extremely good and I even got to use chopsticks. 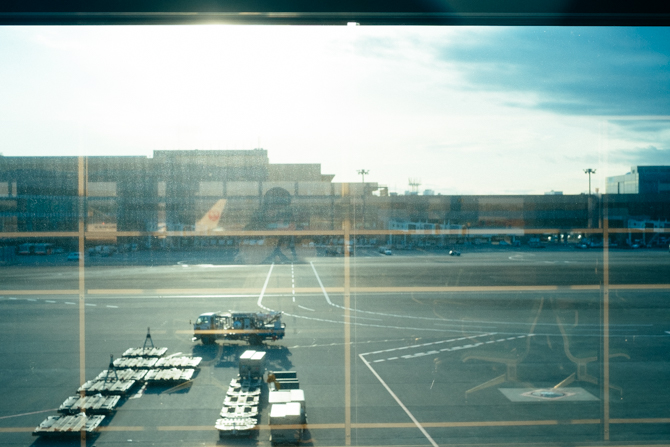 Around five, I walked over to my assigned gate. The plane started to board soon after. As with my flight into Tokyo, I had an aisle seat. I fired up the seatback tablet and watched an older movie called Desperado. Once we were airborne, I ordered a mixture of ginger ale and Malibu Rum. Odd as it sounds, it was truly good. I even ordered a second one when I started to watch the second Guardians of the Galaxy movie later on. I fell asleep soon after dinner was served.

With an early arrival time of fifteen minutes, the plane touched down at O’Hare International Airport on Tuesday. It was around three in the afternoon when the plane came to a stop at Terminal Five, which handles all international arrivals and some departures. Once off the plane, all passengers were guided by airport security to the immigration and customs checkpoints. As with Tokyo, it was quick and simple for me. I only had to display the tin of treats at both checkpoints.

The one downside to landing at Terminal Five is that I had to take the Airport Transit System, which is basically a subway, over to Terminal Three to catch my next flight. But once at Terminal Three, I was required to go through security again. After I passed through the checkpoint, I made my way over to the designated gate for my flight. It was at that point that I considered my international venture to be complete. I’d traveled Tokyo, Japan by myself and returned in one piece.