I woke around three in the morning. Through the window in the hotel room, I could see that the night life was still active down the block. A group of people crossed the street, off to a hostess club or karaoke bar. A lone taxi cab weaved past them. An ambulance and firetruck were parked on a corner to their right with the sirens on but I couldn’t see what for.

I laid back in bed and listened to the few songs that I had on my iPhone. There wasn’t much to choose from. I played 2Pac’s ‘My Block’, about twelve or thirteen times. When the sun started to rise around six, I got a quick shower, brushed my teeth, dressed, and packed my camera gear. 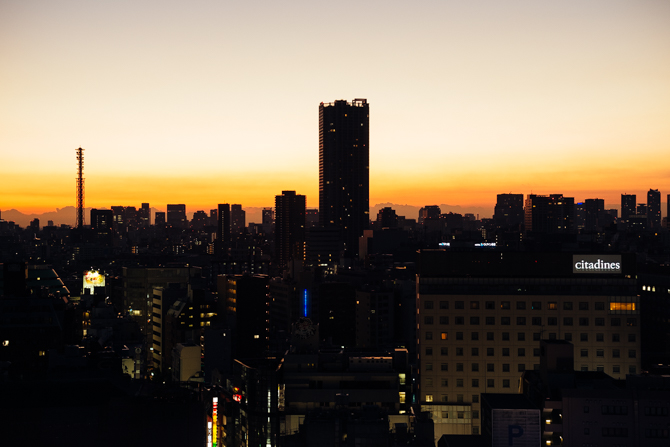 Around seven, I took an elevator down to reception and another to the first floor. The main entrance that I had came in the past night was gated off. So I exited via the back entrance, where the taxis park. There were a few bellhops about but otherwise this area too was empty.

I took a side street back towards the front of the hotel. To my left, two younger males held up a drunken female as she stumbled. They all laughed and shouted, an end to a good night in Kabukicho. Above me, to my right, I heard a guttural ‘croak’. It was a massive raven. The bird perched itself on a neon sign. I looked to the surrounding rooftops and saw more ravens. They were everywhere. 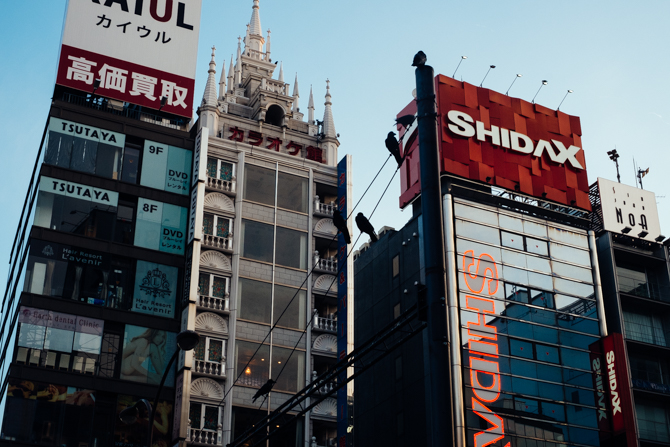 In the front of the hotel, I stopped and checked Google Maps for nearby places to eat. The last time I had ate was on the plane, so I was famished. But as I had learned with prior research, the majority of businesses in Japan do not open early in the morning. The average time was either eleven or noon. However, I was in luck. There was one place open. Burger King.

The nearest Burger King was a short walk from the Hotel Gracery. I entered through a pair of sliding doors, which were propped open with a wet floor sign. I took out a thousand yen note from my passport holder and approached the counter. I said, “Good Morning”, in Japanese to an older woman behind the counter. She returned the greeting and asked me what I would like. I ordered a Ham and cheese Kurowa' sandwich, set the yen note on a small tray and waited for my change. In return, she gave me a five-hundred yen coin and range of other coins.

I took my food tray and walked up the flight of stairs to the right of the counter. Upstairs, numerous men and women ate their breakfast in silence. I found a seat to the front of the staircase. Towards the back of the staircase was the smoke room. The room is walled off with a sliding door. No one inside seemed to mind to have a cigarette with a bite to eat. But at least they were polite enough to keep the doors closed for the rest of the customers.

After breakfast I headed down a side street in the direction of the hotel. A woman came out of a small shack on my right and gestured me over. She offered me oral sex in exchange for three thousand yen. I declined. She offered a lower price as a second woman asked if I wanted a massage. I kept walking. I was near the end of the street when a third woman came to the middle of the street. She too asked if I was interested in a massage, which I turned down. 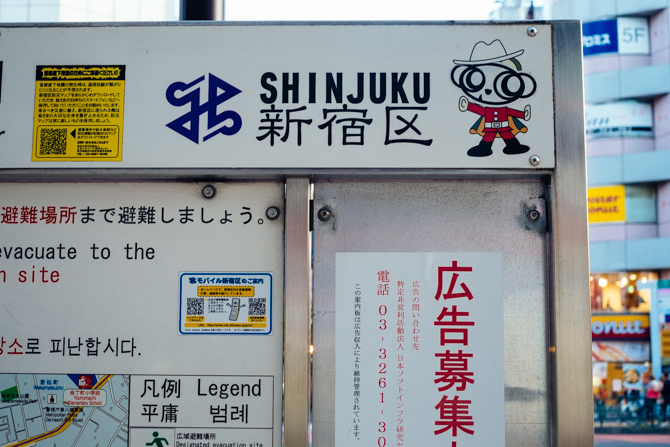 Near the back entrance of the hotel, I passed a group of young males at the end of the club area of Kabukicho. One of them stepped out and approached me. He had on a tight leather jacket. His hair was black with dyed yellow tips. He asked if I was interested in sex. Whether he was a handler or asking for himself, I didn’t know. I said, “No, thank you.” He nodded and walked back to his friends.

I spent the next few hours around the hotel. Near the Hotel Gracery is a tax free shop called Don Quijote. The outside left of the store is lined with Godzilla merchandise. There were masks, postcards, pens, toys big and small, even snow globes. On the outside right of the store were Christmas trees, reefs and costumes for females. The owners had Christmas music on a loudspeaker. Each time I passed by, I made note of which song was playing. The first song I heard was ’Rudolph the Red Nose Reindeer’. Then ’Jingle Bells’ and ’Silent Night’. The songs were in Japanese but the tunes were too familiar. 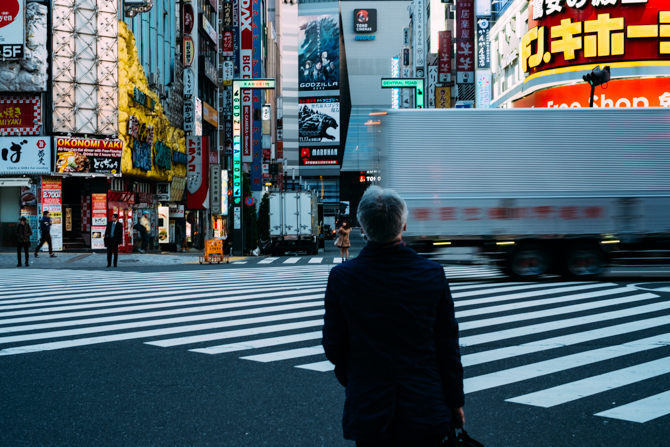 For lunch, I ate at the Café Terrace Bonjour. The restaurant is on the eighth floor of the Hotel Gracery. I was seated near the entrance with a clear view of the giant Godzilla head on the terrace. I ordered a sandwich platter with a glass of orange juice. The sandwich platter was made up of egg salad and had a side dish of sushi and assorted fruit. I didn’t care much for the egg-salad sandwiches but the sushi and fruit were delicious. It was a decent meal for around two-thousand yen.

The afternoon was uneventful. I walked around Kabukicho in a loop. I walked as far as Shinjuku station, which isn’t far. I headed back to the hotel at five. My plan was to get a shower and then have dinner at the Capcom Bar. But I made the mistake of lying in bed again. I woke briefly at eight and fell back to sleep.