Myles and I did not have a lot planned for the final day in Iceland. It was a lazy day. We slept in and had breakfast at the hotel at eight. The only item on our itinerary was to go to the movies in the afternoon. We wanted to watch Deadpool 2, which had just been released. To kill time, we drove out to the south east of Reykjavik. From Route 1, we took a right onto Road 417, which snakes around a beautiful volcanic landscape with mossy hills.

As we got higher in elevation along a gravel road, we encountered a sudden blizzard. The snow was thick, mixed with light rain, which made the road icy. Myles had to slow the vehicle down, even with four wheel drive engaged. Then suddenly, around a bend, we were in the clear. The only snow we could see were atop nearby hills and distant mountains. It was a truly bizarre experience, especially with no other vehicles or people in the area.

Towards the middle of Road 417, Myles and I came across a weathered neon orange emergency shelter. We pulled over and walked out towards it, mindful of the moss in the area. The shelter appeared well used, with the bunk bed broken. A woodland camouflage blanket hung loose on the frame. Trash was spread out amongst the floor with old candles lined up on the window sills. The boxes of food and wrappers were dated but there appeared to be some white rice still intact. 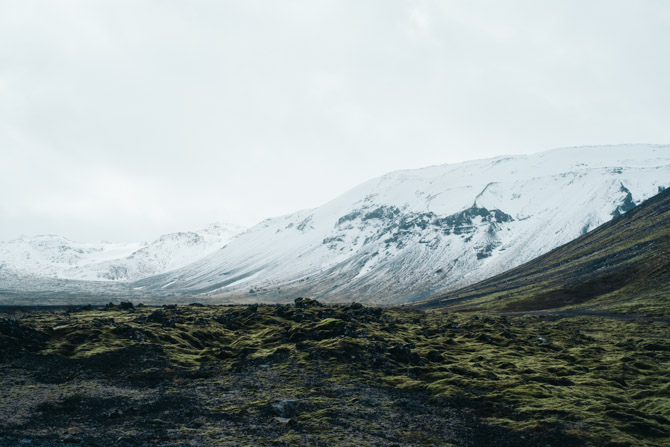 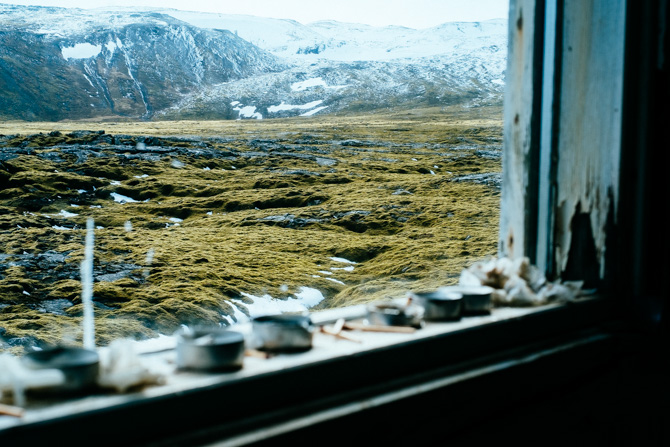 Myles and I took photographs of the shack. Afterwards, we walked back to the vehicle and drove to Sambíó Egilshöll. The theater is located near the Engi district of Reykjavik and is attached to a multi-purpose sports facility. Prices were relatively cheap for tickets. I passed on snacks but Myles loaded up on popcorn and soda. Deadpool 2 was good as expected. But I found it slightly odd that Iceland has intermission in the middle of the movie for concession and bathroom breaks.

Finished with the movie, Myles and I drove back out to Reykjadalur to hike the valley a second time. It was early afternoon and the weather was decent. We were able to see the sun with puffy clouds and there was no sign of rain. As with our first ascent, we saw a great number of people in the river towards the top. Past the river, Myles and I hiked up the tallest slope to the west of the river. The beaten path was uneven with loose rocks. But we made it to the top without issue.

As Myles and I began to descend, the clouds rolled in. Heavy rain fell, mixed with snow, with high winds. Myles pants were soaked through. Although I was slightly more prepared this time, I found I too got a little wet around the crouch area of my pants. But otherwise, the pants that I had purchased held up okay. I was more worried about my camera. Though to my relief, the Chrome camera bag I brought with held up. The denier nylon kept everything dry.

We drove back to the hotel, changed and walked over to a restaurant called Nings for dinner. Myles and I ordered large portions of chicken with white rice. We grabbed a pitcher of ice water and pigged out. I went with chopsticks but Myles used a fork. After the hike in the valley, the food tasted phenomenal. With dinner complete, Myles and I returned to our rooms and packed. It was our last night in Iceland but we were swamped. The trip had come to an end.